One of the problems with blurring an image is what happens at the edges. For example, consider an image that has a large brightness difference between the left and right edges: 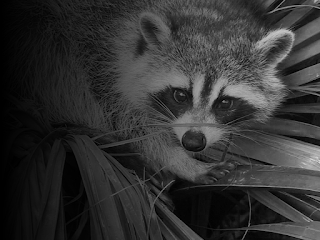 A common way to blur an image is to take advantage of the convolution theorem and turn a Gaussian blur (convolution of the source image with a Gaussian peak) into a multiplication in the Fourier domain (convert src and Gaussian peaks into their Fourier representations, multiply instead of convolve, then inverse Fourier transform). Here's some code to do just that:

If we do this with amount=50, we get the following (for the blurred images below, I've scaled by 2 to exaggerate the effects) 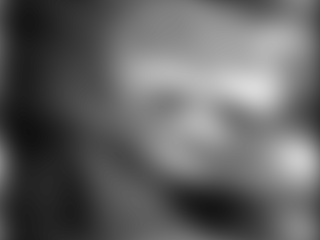 The problem with this is that the left edge has a bright spot that doesn't appear in the original, and the right hand edge is darker than it should be. This is because of the implicit boundary conditions of the discrete-Fourier transform. The images is treated as if it is repeated periodically: 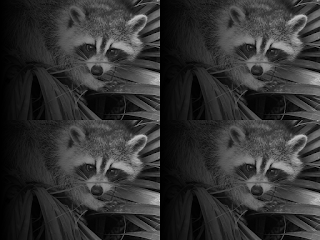 And we can see why blurring this produces 'artefacts' on the edges.

One solution is to simply mirror the image, blur it, and then crop it again. The mirrored image before blurring looks like: 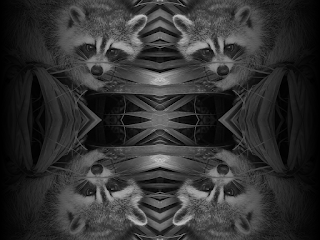 Then, after blurring and cropping, we get: 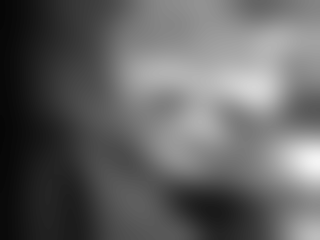 This looks a lot better than our first attempt. The problem is that it uses 4 times more memory. Here's the code to do this. It uses exactly the same function as before

The problem with the discrete Fourier transform method is purely that its boundary conditions are perfect for repeating data, but don't work when blurring images: we'd prefer a symmetric boundary condition (effectively mirroring the image for us, like we did above). Luckily, there's a transform with exactly this property: the discrete cosine transform. Using this instead of a Fourier transform actually makes things a bit easier (the data is real all the way through). Here's the code for a dct-based blurring function:


Here's the results using this: 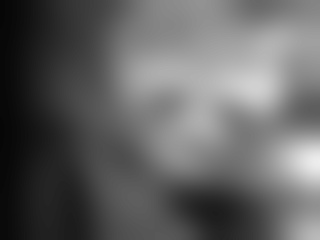 Again, this has solved the edge artifact issues, and this time we didn't need to use four times the data.

The Jupyter notebook I used to perform all these experiments is on GitHub.
Posted by Matt at 4:08 PM