After playing with creating a Hilbert Curve in CFDG, I started thinking about how to implement it in Python.  I wanted a way to do so which was easy to understand and which only needed a small amount of data to describe the process.

I decided to write one rule for one specific generation of the curve, and then rotate that rule 4 times, and then for each of those rules flip them. I decided to use a two-character string to decide the basic shapes. The shape can be one of u, [, n, ] where they represent the orientation of the basic u-shaped curve: 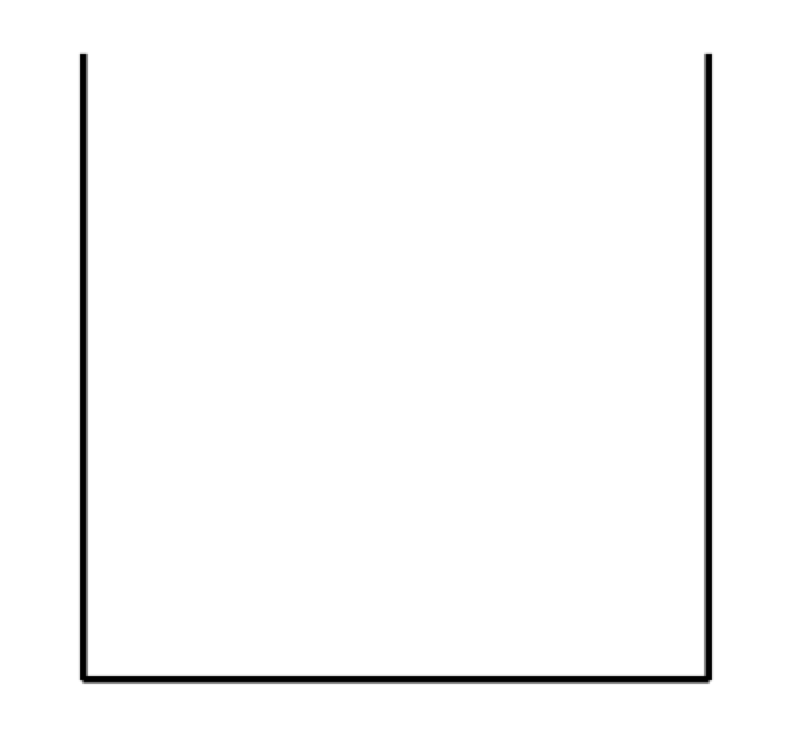 As well as that, I had to include the direction around the shape I was going, either 'a' for anti-clockwise, or 'c' for clockwise. So to draw the shape above starting at the top left, I would call it 'ua': It's in the 'u' orientation, drawing anti-clockwise.

I then had to make a mapping, that for a certain shape, eg 'ua', tells us how to treat that shape when we split it into 4 smaller quadrants. I made the starting shape the key, and the values tuples of (quadrant, newshape) with the quadrants numbered as shown below: 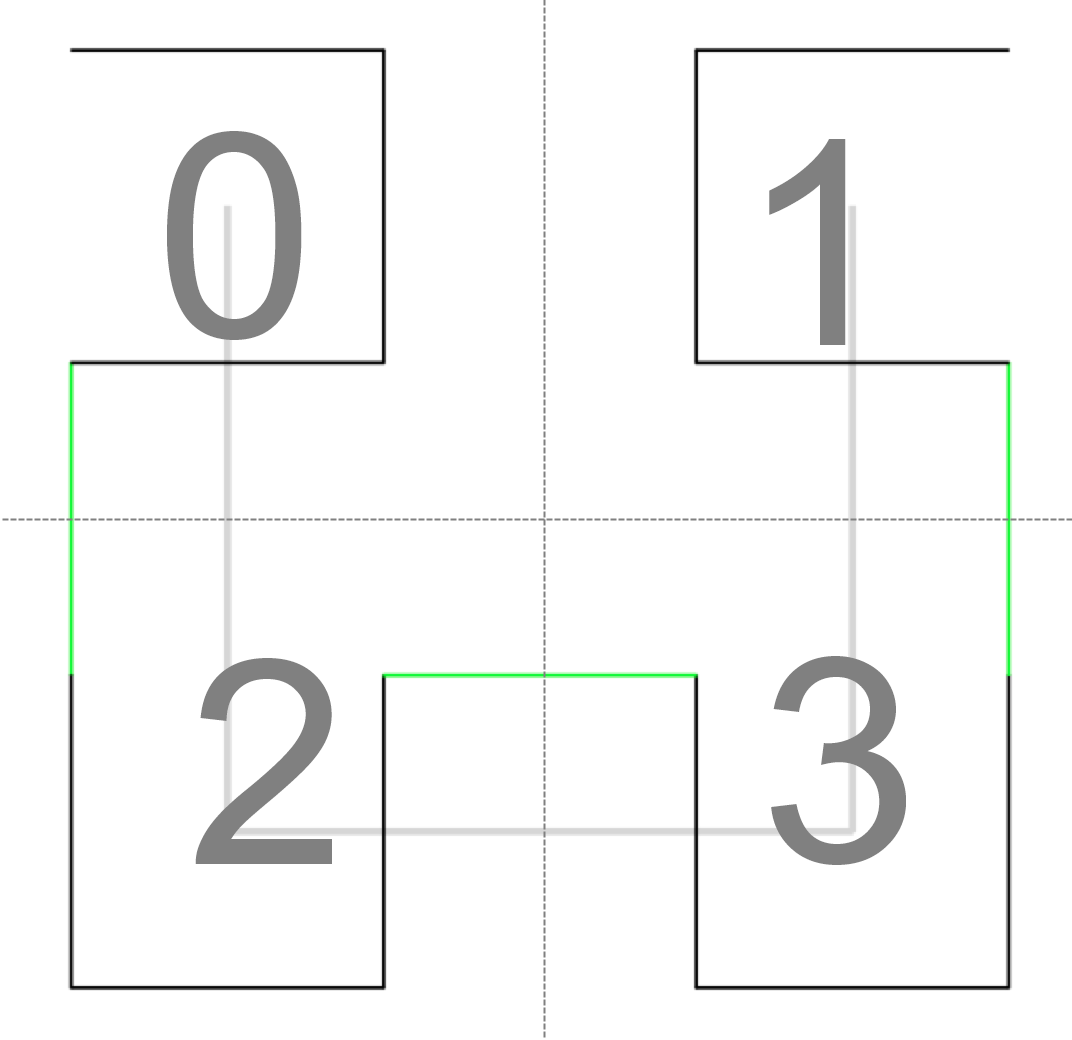 So the mapping for 'ua' to the next generation is:


Now all that's left is to rotate three times, to give the [, n, ], anticlockwise rules, then mirror each of those until we finally have all 8 rules. Once this is done, I wrote a function that takes a square power-of-2 2d array, splits it into quadrants and applys the next rule to each quadrant. I made the function then yield the value of the array at that point, that way it essentially maps a 2d array of values into a list of values taken in order following a hilbert curve. To check it worked I made it us Tkinter to plot the values it was returning. The full code is here (also available on github):


When run, it produces this output: 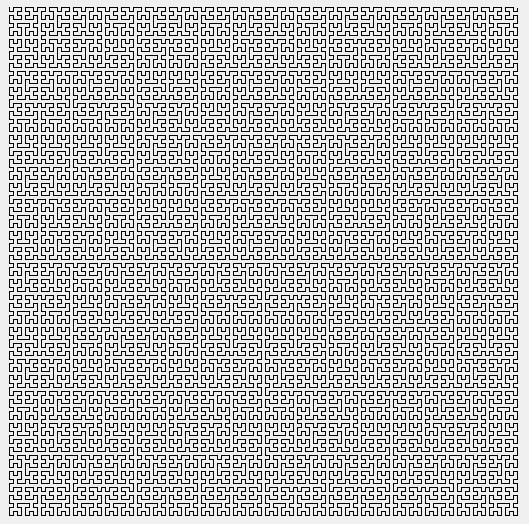 The Hilbert curve is meant to give you positions that, generally, are pretty close to one another. So if we take an image, say a disphenocingulum (which just happened to be 512x512 on wikimedia, and I have no idea what a disphenocingulum is ): 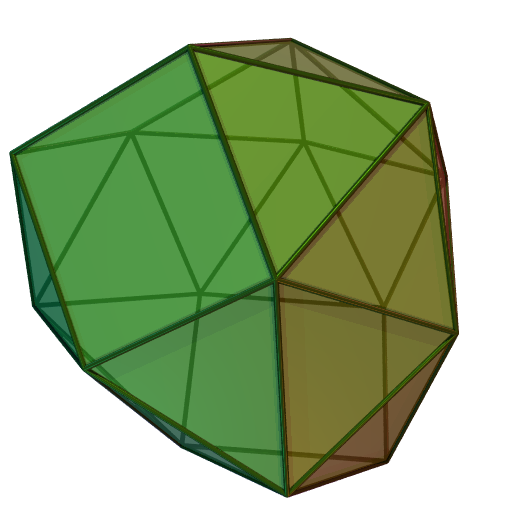 And we display is still as a 512x512 image, but this time the pixels follow the Hilbert curve as you go across each row, starting again at the beginning of the next row, then you get: 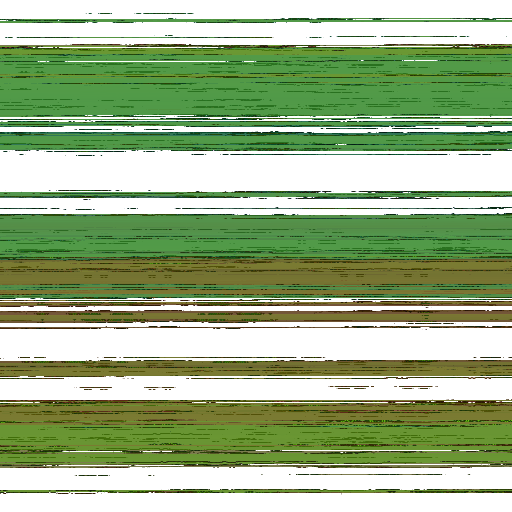 As you can see, it's definitely made the image, more, erm, horizontal. I was hoping that this could actually lead to improved compression for lossless formats like PNG and GIF. After experimenting with a few images, the 'Hilberted' images were always slightly bigger than the originals for PNG and slightly smaller than the originals for GIF (using PIL/Pillow for making the images).

Here's the size in kB for each method, for a collection of 512x512 PNG files found on the internet. The alpha channel, if there, was removed and set to black for each image beforehand:

I think the reason for this is that GIF strictly encodes left-to-right and top-to-bottom, and in this case the 'Hilberted' versions do have more similarity left-to-right. However, PNGs have the ability to compare either the previous pixel to the left, or the pixel above (see here for details) or a combination of both. This simple approach to treating the data as 2d instead of 1d like GIF seems to really help with images with solid blocks of color, and although it's a lot simpler than the Hilbert method described above, it seems to produce better compression.

I'm including the code below. It needs the code above in a file called 'hilbert.py' to work. It has a variety of command line options for outputting processed and unprocessed images, and selecting the format to use. Hopefully they're documented well enough to make some sense.

The code for these two files can also be found on github.